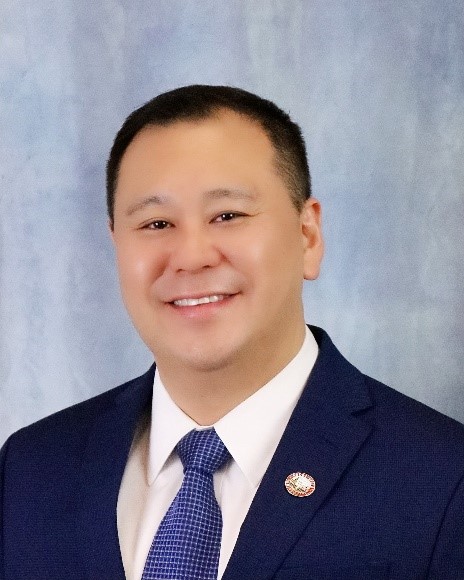 [October 22, 2020 – Ivins, UT] On Friday, October 16th, the American Osteopathic Foundation (AOF)—an organization that supports programs and initiatives that promote osteopathic medicine—hosted a virtual Honors Gala that recognized several physicians for their work in advancing the osteopathic profession. Among those recognized was David J. Park, DO, FACOFP, FAAFP, Vice President and Campus Dean of Rocky Vista University College of Osteopathic Medicine - Southern Utah campus, who was awarded the W. Douglas Ward, PhD, Educator of the Year Award for his significant impact on the education of osteopathic students.

The recipient of the Educator of the Year Award must demonstrate a number of qualities to even be considered eligible for the honor including leadership skills, compassion as an educator, and a commitment to osteopathic medicine and the profession. In addition to establishing and overseeing the RVU-SU campus, Dr. Park has created the Academic Medicine and Leadership Track, which aims to develop future physician faculty and leaders in academic medicine, medical organizations, and in the overall U.S. healthcare system.

“He’s put a lot of work and effort to build this campus and he provided a great culture where we all felt welcomed and supported.”, states Emily Jensen, OMS IV. “He really emulated all the core values that our school stands for; one of those specifically was innovation.”

Samuel Zarbock, OMS IV, a student in the AML Track, was quoted as saying that “Throughout my undergraduate and graduate experience, I have never seen a professor—let alone a dean—invest in the personal development of a student like Dr. Park. He cares about each of us individually and takes time to praise, instruct, and build us individually.”

Dr. Park joined RVU in 2015 and was tasked with overseeing the opening of Rocky Vista University’s new campus in Ivins, Utah. Prior to RVU, he served as Chair of the Department of Primary Care and Assistant Dean for Graduate Medical Education at Touro University of Nevada College of Osteopathic Medicine and as Chief Academic Officer for the TUMEC Osteopathic Postdoctoral Training Institution. He was also the founding Program Director for the Family Medicine Residency Program at Valley Hospital in Las Vegas, NV.

The official award announcement from the AOF can be found here.

RVU is a health-sciences university based in Parker, Colorado and Ivins, Utah. RVU was founded in 2006 and opened its doors in August of 2008, enrolling students in its four-year program of study leading to the Doctor of Osteopathic Medicine (DO) degree in the University’s College of Osteopathic Medicine (RVUCOM). The Ivins Campus matriculated its first class in 2017. RVU is accredited by the Higher Learning Commission (HLC), a commission of the North Central Association. RVUCOM is accredited by the Commission on Osteopathic College Accreditation (COCA). RVU has also added a Master of Science in Biomedical Sciences (MSBS) degree program to the Colorado and Southern Utah campuses and a Master of Physician Assistant Studies (MPAS) to its Colorado location. Rocky Vista University provides quality healthcare education while inspiring students to serve with compassion, integrity and excellence. For more information, visit www.rvu.edu.

About the American Osteopathic Foundation (AOF)

For 70 years, the American Osteopathic Foundation (AOF) has served the osteopathic profession by operating as the philanthropic heart. The AOF is the only national osteopathic foundation that supports and invests in the whole profession by recognizing all osteopathic physicians based on professional merit. Contributions to the AOF benefit thousands of osteopathic medical professionals through grants, scholarships, and awards to students, physicians, educators, researchers, and osteopathic programs. Since our inception in 1949, we have been supporting programs and initiatives that align with our mission and help us move toward achieving our vision. The more than 11,000 donors include osteopathic physicians, industry benefactors, affiliates and others interested in advancing osteopathic medicine. Since its inception, the foundation continues to provide grants, scholarships and awards to osteopathic medical students, DOs, researchers and educators to recognize academic excellence and lifetime achievement. For more information, visit https://aof.org/.

Presidential Message | Jewish High Holy Days [September 18, 2020] Dear RVU Family, As part of our diversity, equity and inclusion initiatives at RVU, we are seeking to increase our […]