Just a 10-minute drive from our campus in Ivins lies the high desert city of St. George, Utah. With a metro population of over 150,000, it is the seventh largest urban area in the state. Due to its favorable climate and economy, St. George is also one of the fastest growing cities in the United States.Zion National Park, Bryce Canyon National Park, and Grand Canyon National Park are all a stone’s throw from the city center. Surrounded by the rugged Beaver Dam Mountains and the red cliffs of Pine Valley, St. George is a prime destination for adventure seekers and outdoor enthusiasts.St. George is classified as a having a steppe climate, meaning hot summers and mild winters. Often referred to as the high desert, the city lies on the boundaries of the Colorado Plateau and the Great Basin.

Southern Utah is known for its beautiful weather, year-round golf, hiking and other activities. In this extraordinary place, you can dive in the middle of the desert, walk among giants, hike through a dragon’s lair and climb to where angels land. Here, we are reminded of what it’s like to be curious, carefree, and completely in awe of the world around us. This place is greater than just one park. This place is greater than just one passion. To find out more about Southern Utah, visit the Greater Zion Tourism Website. 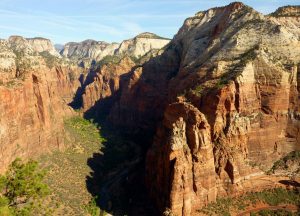 Complete with massive sandstone cliffs of cream, pink and red that soar into a brilliant blue sky. Experience wilderness in a narrow slot canyon. Zion has a variety of different hikes, from beginner to advanced. 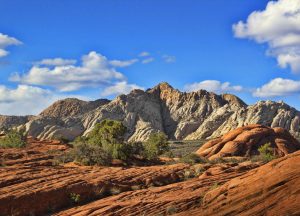 Snow Canyon State Park is a short 10-minute drive from campus. Snow Canyon is situated on a 7,400 acre scenic park filled with amid lava flows and sandstone cliffs colored with red and white. This park has a sand dune just inside the park, which is a popular play spot. It also features a nice campground which is open year-round. 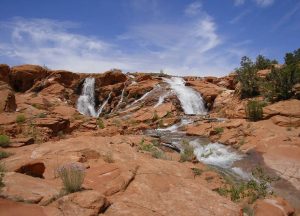 Gunlock Reservoir is the perfect place to boat, fish, swim, kayak or paddleboard on the beautiful tranquil waters. Its mild climate attracts visitors year round. You can enjoy an afternoon picnic on the beach, with warm waters during the summer and a mild winter climate this makes the park a year-round destination. 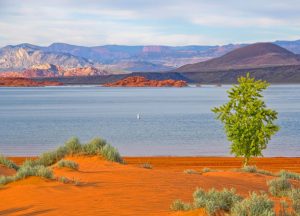 Pack a picnic lunch and head to Quail Creek reservoir for the day in and around the water. Mountain biking, hiking, camping, swimming, paddleboarding, kayaking, jet skiing, boating, and fishing are all welcomed here. Water sports are popular here during the long warm weather season, and boaters and fishermen enjoy the reservoir year-round. The maximum depth can reach 120 feet, so the reservoir stays cold enough to sustain stocked rainbow trout, bullhead catfish, and crappie. Spend a day on the water, then retire to a campsite in a spectacular red rock desert setting.

Southern Utah has some spectacular golf courses with stunning vistas, challenging shots and scenery which is out of this world. There are lots of golf courses in the area. Most courses are within a 20-30 minute drive of each other. 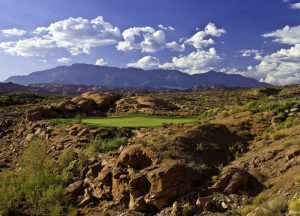 Coral Canyon Golf Club has been a top ranked golf course in the state of Utah, and an area favorite for visitors and locals since it opened in 2001. With it’s unique location, the golf course provides breathtaking views of Bryce Canyon’s snow-capped pink spires in the winter and Zion National Park’s green springtime bloom. 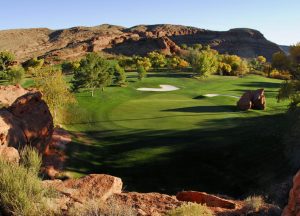 Dixie Red Hills Golf Course was the first golf course developed by the City of St George in the mid 1960’s. On this beautiful golf course you can play in the red rocks. You’ll be calling shots off the boulders, around the cliffs and through the trees as you find your way to the green. Dixie Red Hill is a 9-hole, par-34 layout which meanders around the sandstone cliffs, which are commonly seen in this area. It’s shaded by hundreds of Cottonwood, Mondale Pines, Mesquite and other trees. 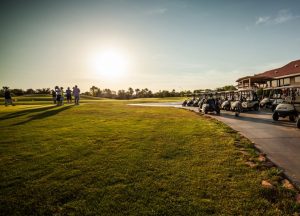 Green Spring Golf Course is a favorite among locals and guests. There are some memorable holes on this course, such as Hole 5 and 6 which will have you shooting across red rock ravines. Hole 15 will have plenty of water which you can have fun with. It has drawn some considerable attention with its signature holes, which is placed between red rock canyons and sandstone outcroppings. The contrast in natural desert springs and wetlands water feature on the property, as well as the large cottonwood trees offers a different landscape. 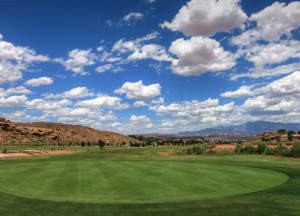 The St George Golf Club has been open since 1976, this course is a local tradition with large greens that make for long and rewarding putts. The 18 hole golf course is designed around the riverbeds of the Ft. Pierce Wash. The golf course offers a classic, relaxed feel to the design with simple features. Although the golf course is very wide, and quite forgiving, the routing features a few holes around two lakes which demands well-struck shots to avoid the water. 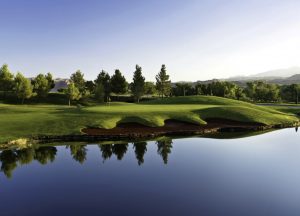 The Sunbrook Golf Club is right in town, play from the top of the bluffs to the desert floor. Shoot through black lava rock and try to avoid the red sand traps. With beautiful views of red rock formations and nearby alpine mountains, you’ll be in awe over the amazing landscapes that surround this beautiful course. Bridges, water hazards and elevation drops make every hole an adventure. 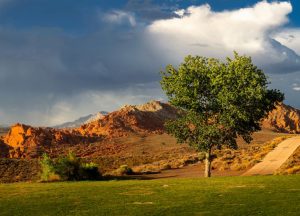 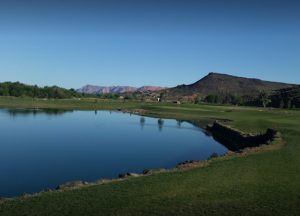 The Southgate Golf Course comes with two different types of terrain between the front and back nine, outward holes wind along the Santa Clara river, and bring numerous hazards into play. The inward holes, completely change the look of the golf with elevation changes and holes playing through washes and hills of St. George. The back nine also offer nice views of Zion National Park in the distance, Snow Canyon State Park to the west, and the striking black lava rock of the Black Hill. 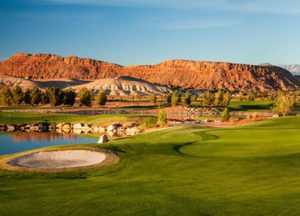 The SunRiver Golf course is set in the Virgin River Valley and surrounded by the most colorful desert landscape in the country. With the smooth greens and the only bent grass tees in Southern Utah you are bound to have one of your best rounds of gold. Come spend the day and have an experience that will bring you back again and again. 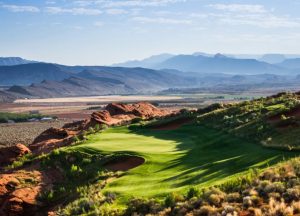 The Sand Hollow Golf Course has it’s own standard for a unique course design that includes an 18 hole championship track as well as a walk-able 9 hole links style course. Have you ever played golf on a cliff? Sand Hollow Golf Club is known for its jaw-dropping memorable golf holes playing among towering red rock cliffs through the coral pink sand dunes of Sand Hollow State Park.

For a complete list of all the activities to do in the Southern Utah Area, please click here to visit The Greater Zion Tourism Office