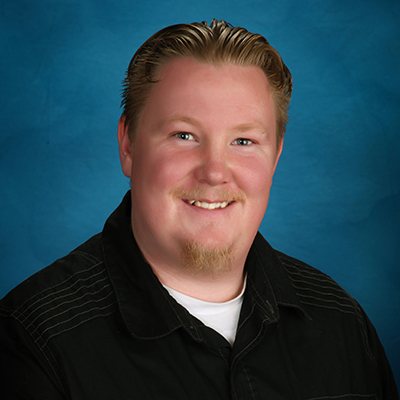 Anthony is originally from Cameron, North Carolina. He moved to Colorado at a young age with his mom and brothers: "My mom loved the mountains and wanted a change of scenery so we moved to Colorado." After high school, he attended Pickens Technical College, where he learned about several subjects, from general electronics and computer service to automotive technology.

Anthony took his first security job in 2012 at Elitch Gardens in downtown Denver. He then took a position with Securitas. He has been working in the security field for five years; three of those years have been as a weekend lead: "I was the officer in charge for the weekend shift. Any problems or concerns, I was the guy to handle it.”

It was the desire for a new experience that brought Anthony to RVU and, almost immediately, he noticed something special: "Since day one, [there is a] family-type feeling you get from working here." You will find Anthony working security on campus during the graveyard shift, Saturday night through Wednesday morning.

Family is everything to Anthony: "Family always comes first. I am a single father of an amazing three-year-old boy. His name is Adrian and he is my entire life." During his free time, he enjoys drawing and is passionate about cars. "I grew up building drag strip cars and cars that look slow but are really fast," he said. In fact, he is even the president and founder of a car club called Toxic Street Kings.