| Faculty and Staff | Chris LaFontano, DO 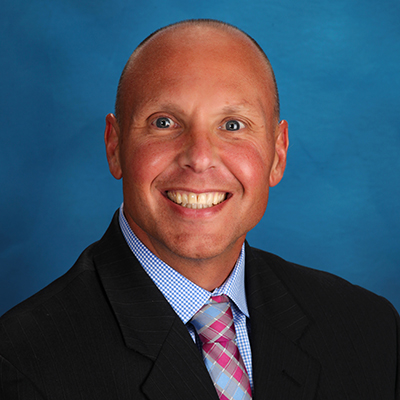 While Dr. LaFontano is originally from Philadelphia, Pennsylvania, he calls Colorado home as he has been here since 1999. He earned a Bachelor of Science degree and a Doctor of Osteopathic Medicine degree from University of New England. He then went to Michigan State University for his NMM/OMM residency program. Following board certification, he worked at a private practice called Denver Osteopathic Center for nearly 20 years. During this time, he also served as a Team Physician for University of Denver.

Of coming to RVU, he said, “In residency, my two loves were working with athletes and teaching students. Since being in private practice, I’ve been able to work with athletes but have been limited in my ability to teach.” At RVU, he will be able to teach, passing on the knowledge that his mentors passed on to him. “I am excited to be a part of a University that promotes osteopathic philosophies and promotes wellness—not only on campus, but in the community.”

Dr. LaFontano is married to Julie, also a DO, and together they have two beautiful daughters: Courtney and Lily. He enjoys sports (“Go Pioneers and Spartans!”), traveling, reading, and being with his family.