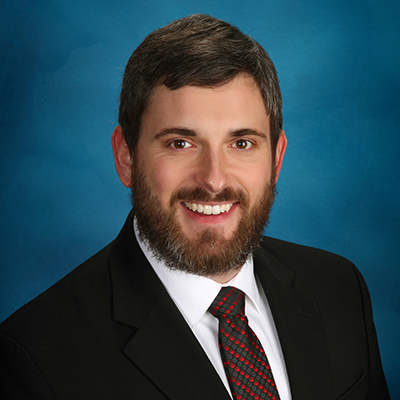 Assistant Professor of Anatomy
Department of Clinical Anatomy and OPP

Honors and Awards
Publications and Presentations

Before coming to RVU, Dr. George taught gross anatomy and neuroanatomy as a Graduate Teaching Assistant at several universities including Florida Atlantic University, University of Miami Miller School of Medicine, and the University of Missouri. He also worked as a Postdoctoral Research Instructor of Anatomy at Stony Brook University.

Coming to RVU, Dr. George couldn't be happier with his new home: "I am really excited to live in Colorado and to be part of the anatomy team here at RVU, teaching future physicians all the wonders of the human brain."

He has been married for just over a year to his "amazing wife" and, together, they enjoy hiking, camping, and exploring nature. In his free time, he admits that he still enjoys playing with Legos, as well as building things and taking them apart again: "My mom says it’s probably why I became an anatomist."