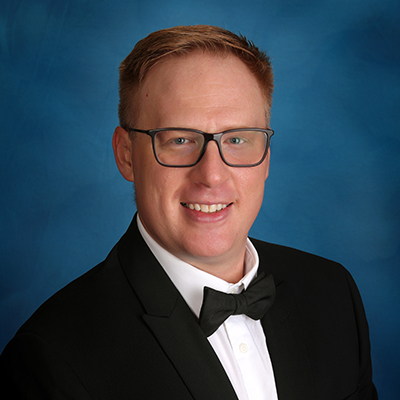 Scott Wilkie, DO, MS, came to Colorado from Crete, Illinois. He was awarded a Bachelors Degree in Sociology and Criminal Justice with Highest Distinction from Purdue University. He continued his education at Purdue University and received a MS in Biology while teaching as a Graduate Assistant in Anatomy and Physiology. He taught Anatomy, Physiology, and Microbiology at various nursing schools prior to attending medical school at Marian University – College of Osteopathic Medicine. He then went to Michigan State University to complete his residency in Neuromusculoskeletal Medicine.

During residency, Dr. Wilkie served as the Vice Chair to the Resident American Academy of Osteopathy. His research interests lie in functional stability, force dissemination, and the role of epigenetics (and its changes) in manual manipulation.

He comes to RVUCOM to be a part of medical education as a teacher, mentor, and co - Fellowship Director. He plans to establish his practice in Neuromusculoskeletal Medicine at the RVU clinic and to teach resident physicians.

Dr. Wilkie enjoys spending his free time outdoors as often as possible. He particularly enjoys hiking, climbing, fishing, and falconry. He also likes to spend time enhancing his knowledge of blockchain technology, via stabilization of the blockchain (green mining) and programming.