RUVCOM-CO Welcomes Class of 2022 with White Coat Ceremony held at the University of Colorado South Denver in Parker, Colorado.

The White Coat Ceremony is a traditional way to welcome new students to their medical careers. The keynote speaker was Alissa Craft, DO, MBA, Assistant Vice President of Program Development at the College of Osteopathic Medicine of the Pacific – Pomona. Additional speakers included Matthew McMaster, OMS II, President of RVU’s Student Government Association; Thomas N. Told, DO, FACOFP-dist., Dean of RVUCOM; and Robert Sokol, member of the Board of Trustees. 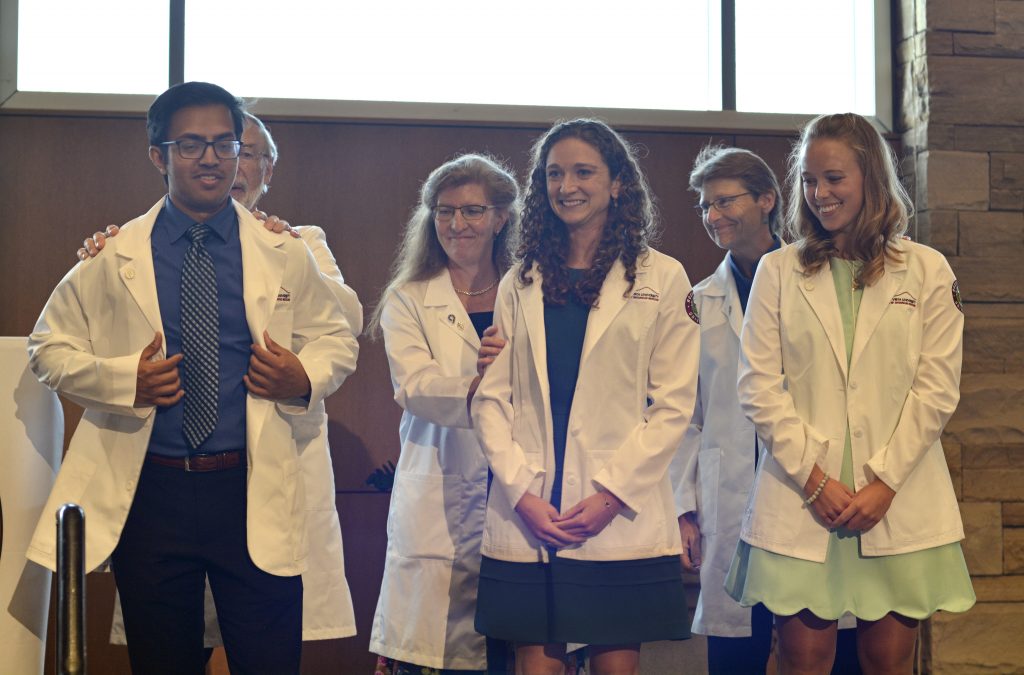 Upon being coated (the act of officially receiving their medical school white coats) by physician faculty members, the students were led by fellow classmates in reciting the vision statement that they, as a class, had written to express their goals and values for the next four years at RVUCOM.

The Class of 2022 is comprised of 162 students from a variety of backgrounds and locations. The students were selected from an applicant pool of over 4,700 candidates. The class consists of 56% females and 44% males, while the age range is 21 to 39 years old. The average MCAT scores among the class was 505.7. The average cumulative GPA for the incoming class was 3.59. In keeping with RVU’s continued support of military students, 9% of the incoming class are attending on the Armed Forces Health Professions Scholarship Program. 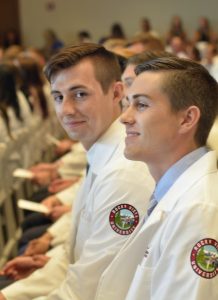 Eleven students matriculated after receiving RVU’s Master of Science in Biomedical Sciences degree, a nine-month graduate program to increase a student’s understanding of the health sciences, as part of the program’s Class of 2018.

In addition to welcoming the Class of 2022, Cathy C. Ruff, MS, PA-C, Program Director and Chair of the Physician Assistant (PA) Program, received the Faculty Innovator Award, which is given annually to a faculty member who demonstrates outstanding achievements in academic excellence. Ms. Ruff received the award for her work in developing the new PA program at RVUCOM. Debra F. Nickell, PhD, MBA, PA-C, Associate Professor of PA Studies, was given the Star Award as she was the Founding Program Director for the PA Program and crucial in its early design and development.