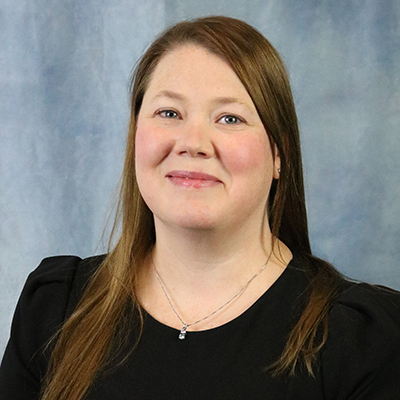 Dr. Brooks grew up in Casper, Wyoming, where she met and married her high school sweetheart, Ben. Together they moved to Salt Lake City, Utah where she got her Bachelor of Science degree in Biology with an emphasis in Genetic Engineering from the University of Utah (UofU). Her medical career progressed with the completion of her Doctorate in Molecular Biology from the University of Wyoming.

After graduate school, she attended a postdoctoral research fellowship where she studied cartilage tissue genetics at the University of California San Diego. For a brief time, she returned to the University of Wyoming where she worked as a Research Associate, studying recombinant protein expression. Finally, she moved to Utah where she worked first as a Research Assistant Professor and then as a Conflict of Interest Analyst at UofU. In 2012, she founded a company, EluteInc, based on technology that she had developed, and worked as the Senior Scientist. Prior to joining the RVU team, she took an Assistant Professor position in the Department of Pharmaceutical Sciences at North Dakota State University for six years.

She has received numerous honors such as an Inspiring Teacher profile, an ESPN national feature, and the Apple Polisher Award for mentoring. She has also been awarded multiple grants for her research, including from the National Institute of Health.

What inspires Dr. Brooks the most about her field of work is seeing the first time a student catches the vision for research and watching their passion develop over time. She finds the RVU community environment—the students and her colleagues—exciting and considers it to be a big factor in choosing RVU.

Amanda is passionate about science and research even outside of work hours. She enjoys helping her daughters pursue their PhDs, design experiments, and interpret data. She loves finding every chance she can to spend time with her grandchildren who live far away. She also enjoys science brainstorming sessions with her husband and exploring nature with their two German Shepherds. Each summer, Dr. Brooks and her husband visit their cabin in Petersburg, Alaska. If you ever run into her on campus, ask her about her trip to Belgium.