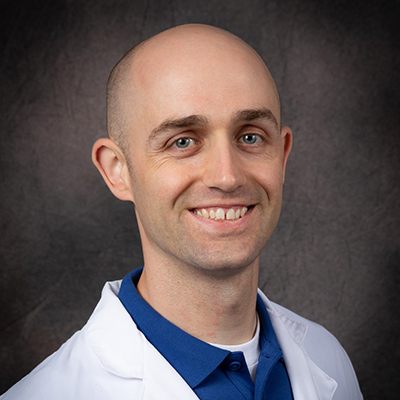 Assistant Professor of OPP
Department of Clinical Anatomy and OPP

Dr. Edwards is originally from Heber City, Utah, but has lived in Idaho, Iowa, Missouri, and Seoul, South Korea. He received a Bachelor of Science degree in Exercise and Sports Science from Brigham Young University (BYU) and a Doctor of Osteopathic Medicine degree from Des Moines University College of Osteopathic Medicine, before completing a residency in Neuromusculoskeletal Medicine in Kirksville, Missouri.

Education has always been a passion of Dr. Edwards and he is excited to work alongside colleagues and students in the Department of OPP. In his new role, he will serve as a table trainer, teach first- and second-year students, and educate about the treatment of war veterans at the Southern Utah Veterans Home clinic once a week. Prior to RVU, he spent two years as an Assistant Professor of Osteopathic Manipulative Medicine at A.T. Still University. He also taught anatomy and physiology at BYU and assisted in running the school’s cadaver lab. "It’s nice to be able to spend so much of my day doing what I love."

Dr. Edwards and his wife of nine years have three daughters (ages five, three, and one) and a boy on the way. He enjoys spending time with family in the diverse ecosystem of Utah, skiing, hiking, and rock climbing. An interesting fact about Dr. Edwards is that he is currently writing a book titled, 87 Tips for Better Health and Well-being in 3 Minutes or Less. Additionally, before medical school, he worked briefly as a valet/bellman at the Zermatt Resort in Midway, Utah, running the onsite merry-go-round, setting up giant chess boards, and caring for a herd of goats.