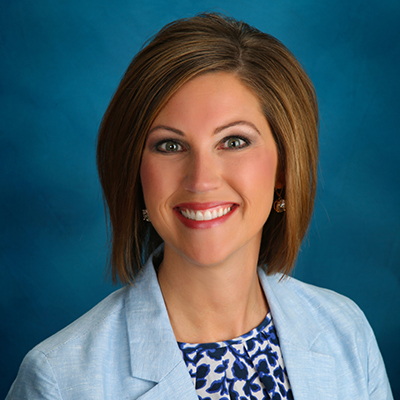 Christy was born and raised in Beaumont, Texas and spent much of her life in that area. She moved with her family to Colorado two years ago from Texas. Christy earned a Bachelor of Science degree in Sociology from Lamar University in Beaumont, Texas.

Prior to coming to RVU, Christy’s career was centered around not for profit work, with many years focused on healthcare that included fundraising, business development and volunteer recruitment.

Of her new role at RVU, Christy said, “Everyone has been so nice and it’s refreshing to learn that they believe in the programs with which they are associated. I’m excited to be part of that!”

Christy has been married for 23 years to her husband Mitch. They have two daughters. “Mackenzie is a junior at CU in Boulder and she's studying NeuroScience and Psychology. Cameron is a senior in high school and may attend CU as well.  She wants to be a dentist,” says Christy. They also have a black Labrador, named Star, who is 16 years old. Christy says, “She's the queen of our castle. She was recently diagnosed with doggy dementia, so we've considered getting another younger dog to keep her company and to keep her occupied in her old age.”

In her free time, Christy and her husband love to hike. During the summer the have been known to take off for the day and explore Colorado looking for new hikes. She also enjoys reading and working in her yard. “I try to grow many variations of flowers and vegetables. Most of my gardening skills reflect Texas gardening, so it's been quite a transition to learn what I can keep alive here.”

A fun fact about Christy is that she’s completed two 14ers since moving to Colorado in 2017.