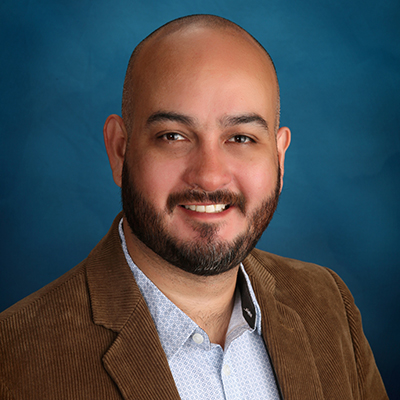 Assistant Professor of Research and Statistics

Dr. Zapata was born in Texas and grew up in Northern Mexico. Later, he moved to Ohio where he lived for almost fifteen years. When asked what brought him to Colorado, he said, “Simple, Colorado has it all! The views, the weather, the people, the vibe, the initiative to pioneer, and a welcoming attitude to newcomers. Colorado was one of those places I always wanted to live in and now I am here.”

Before coming to RVU, the experience he obtained while working on his PhD analyzing data led him to his first Postdoctoral position at The Research Institute at Nationwide Children’s Hospital in Columbus, OH. There he worked on a DOD grant where they developed models for cancer risk estimation using dogs. During that time, he developed a new research line in Behavioral Genomics in dogs. This work led to him being awarded a full Fellowship funded by the Stanton Foundation from Cambridge, MA. The second Postdoctoral position took place at Ohio State University, College of Veterinary Medicine in Columbus, Ohio. “My work in behavioral genetics has developed new ideas that allow us to see behavior and domestication in a novel way,” says, Dr. Zapata.

Dr. Zapata says, “RVU is a growing institution full of potential. If you are the type of person that is always looking for ways to develop new ideas, this is the environment you want to be in. I believe RVU has the expertise in place to move into research. It is an honor to be a part of that.”

He is passionate about research and is inspired most by the thrill of discovery. “Many people think that research is a planned-out, cold process; in reality, it is not. Research requires a great deal of open- mindedness and creativity that will lead you to new ideas and new ways to materialize them. As a scientist you don’t want to do what everyone else does, you want to do what nobody else has or can do. Being a Scientist is just like being an artist. Doing the same painting with different colors is nice but gradually loses its merit as it is repeated more and more times. Incorporating new concepts and expressing new ideas is a big challenge for an artist, the same thing for a scientist, says, Dr. Zapata

When Dr. Zapata isn’t working, he and his family love adventure. They like finding new places to eat, new trails to explore, meeting new people, and learning new and interesting facts about Colorado. He also enjoys finding new music but he loves making it even more. “Over the last couple of years, I have been producing music and have been lucky to have that music released through several independent labels in the US and around the world.”

Some interesting facts about Dr. Zapata are that he loves cheese and is allergic to cats. When asked if there was anything else he would like to share, he said, “Some free wisdom for you: “It’s all fun and games until you start eating ghost peppers.” 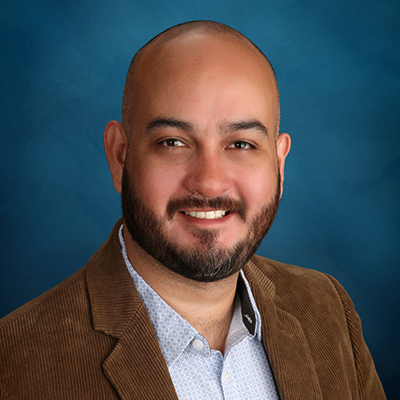 What do you enjoy when not at RVU?
I enjoy eating new food, specially ethnic food. African, Asian, Latin american, Middle eastern... I also enjoy music, I have been producing electronic music for many years and have had the opportunity to showcase my work in many venues.

What is an interesting or little known fact about you?
My main directions always incorporate creativity. I like music and research because I can contribute with new ideas. Replicating what already exists is not wall interests me, I always try to add something new.

Where did you get your undergraduate? What was your degree?
I attained my Bachelor's degree in Chemistry in Mexico at the Universidad Autonoma de Ciudad Juarez. I got there also a minor in food technology but my main research line through the years has always been in biology, genetics and data analysis.

Did you do any research while in undergraduate? What was it?
Not  really, research opportunities at my undergraduate institution were not significant at that time, however, I got a lot of hands on experience working with the food industry and developing projects in a similar fashion to research projects.

What type of research are you currently doing at RVU?
At RVU I work for the most part as a data analyst. At some point every research project will likely need an analyst and because of that, I am involved in many different projects; from clinical trials for novel surgical procedures, epidemiological assessments of opioid usage in rural populations to evaluations of mental health proficiency within particular ethnic minority groups. For my personal research, I work on canine behavioral genomics. I do this work in collaboration with a team of researchers from several institutions across the nation. Our work in sponsored by federal agencies and private enterprises. Anything else you would like to share:
Creating an original idea is very hard, but executing that idea into a reality is even harder. Make sure you always surround yourself with the type of people who can help you grow your ideas and turn them into a reality. Don't forget to be there for those who are getting there as well.
Share Tweet Pin it +1